How to measure a social media campaign’s efficiency? 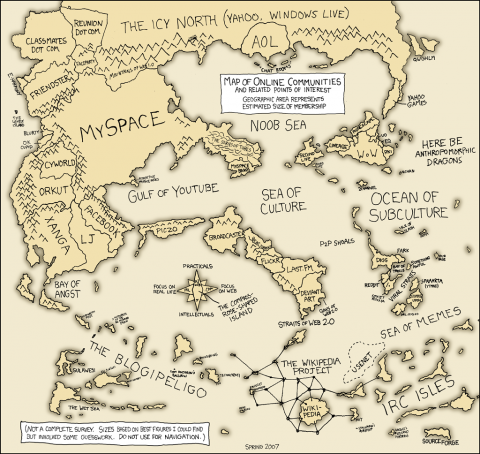 Do you collect loyalty points at gas stations? And if you do, how many times have you collected your reward? Probably once or twice, when you really wanted to get it.  And have you known that many people don’t do this at all?

Collecting points on fuel purchases is not a very interesting game, and for this reason many people don’t play it till the end. In this article, however, we focus on a different side of this phenomenon. Is it smart to first spend a lot of time and energy looking for participating gas stations, and then just neglect the hard-won reward? You’d probably agree that it isn’t. However, you’d be surprised to know that many people do exactly the same thing when it comes to measuring their efficiency in social media. Usually they simply lack knowledge. Social media is a relatively new marketing channel, so many specialists don’t really know how to deal with it. As a result, they either don’t measure anything, or they only count the number of fans. And they assume that if the number’s rising, all is fine.

So let’s make this clear right away – the number of fans is not all. You can have one hundred thousand of them – there are Internet sites that sell you Facebook likes – but if your fans ignore your message, then what’s the point? And if you only care about their number, they’ll ignore you for sure. Because being interesting for your target audience and engaging your fans is what social media is all about. If your fans aren’t engaged enough to like, comment and share your content, it starts fading away from their walls. There’s an algorithm, Edge Rank, that makes sure of that. Which is why the fans’ number, important as it is, should not be your “number one” concern.

Now you know to pay attention to the engaged users (known at Facebook as “People talking about this”), so it’s time to get to know some other success indicators. And the definition of your campaign’s “success” depends mainly on your initial goals, which leads us to the next question: what have you wanted to achieve by your campaign? Have you set any precise goals? If not, you need to fix this right away! Usually people use social media to create their organization’s positive image, to open an alternative customer service point, or to do both. Different goals imply at least partly different indicators in the final evaluation.

For example, let’s assume that your goal is to provide customer service through the social media. This way you aim to make the real-life department’s life easier and to please your clients, who will no longer have to waste their time waiting on a phone for an available consultant.  To measure your efficiency, you need two different indicators. To measure the first goal, you verify the average number of connections with your helpline per month, and check whether it has decreased since your Facebook (or other social media) presence. As you can see, you measure social media actions’ efficiency not only with Internet tools, but also observing the real life. However, if you want to check your second hypothetical goal and see if your customers are pleased with the online service, verify the online statistics. If people now use Internet to ask questions they previously asked offline, that’s good. But you should pay even more attention to your profile managers’ reaction time. According to some research, the majority of Internet users expect you to answer their question in half an hour (or at least to confirm receiving their message). See if you’re doing it right. If not, here’s your chance for improvement!

If your good contact with your online community is confirmed by the indicators, but you still doubt the quality of your performance, don’t hesitate to ask for help… your fans. Ask on your wall whether or not they’re satisfied with the content of the page. For sure you will get a lot of answers, which will either cheer you up or give you some food for thoughts.

As you can see, only a few examples and some selected indicators have been discussed here. That’s because… that should be enough. Describing all possible sets of existing indicators would be pointless and boring for you, because the list is long. A well executed social media campaign is not limited only to Facebook, which happened to be discussed here. There are other popular social platforms. You should know which ones are used by your target group, and campaign there. Some of social media sites use similar indicators, such as statistics of comments, likes and shares. However, an equal number of options might be different. Clients use different sites for different purposes, and there are different definitions of success in every case. A guide containing all these factors would be very complicated, and then  you’d have to figure out which part of the elaborate was relevant to you.

What’s more, the tools themselves are only a beginning. It is true that you should have a set of indicators that you analyze, but assessing your efficiency, above all, means the capacity to think analytically, and to see different points of view. When you learn how to look for your tools, you’ll find them yourself. Good luck!